INDEPENDENT SCENE BLOG 5: The Times They Are A-Changin’ 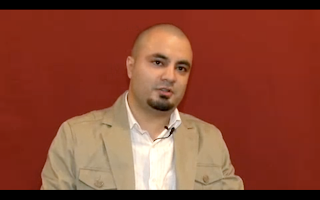 Steven Cerritos appeared on Cycle 1 of IS promoting his film In Darkness (check out the video on www.independentscene.com). Steven is an independent filmmaker living in Toronto, Canada--though originally from California. Like many independent filmmakers, he writes, directs and edits most of his projects. We asked Steven to write a post for us and this is what he had to say:

The Internet has and will continue to change the film industry. Take a look at the music industry, crippled by online piracy. The smart musician has already adapted by establishing an intimate relationship between fan and musician. There is now a premium on maintaining a niche fan base, as opposed to going total mainstream. It’s now the film industry’s turn to adapt. Just look at the newest X-Men debacle. Time will tell if the leak will hurt the film’s box office revenue. In my opinion, if the filmmakers respected the source and actually made a good film, the fan base will pay to see the movie, and good word of mouth will always recover the film’s budget. Taken anybody?

So how does this apply to the independent? Well, eventually we’re all going to be watching our favorite shows or movies over the Internet. It’s going to happen. What’s good about this is that it’ll even the playing field, within an independent versus studio context. The independent and the studio will both have access to the same audience. With HD equipment and editing software becoming affordable, the technical difference between the independent and the studios will become less significant. Suddenly both independent and corporate are vying for the same audience. It’ll pretty much
come down to talent, the creator’s artistic goals, and content. Pretty even to me.

But how does one monetize on online content? Especially when it’s free?! It’s still being figured out but ad placement seems to be in the forefront. Think about it. Corporations spend millions to get their brands in front of big audiences. The Internet is no difference. It might be you getting that big ad placement contract, as opposed to Fox.

However, let’s forget about capitalist culture and look at how this benefits the artistic independent community. Just like the music industry, I believe filmmakers and creators will have to look to establ 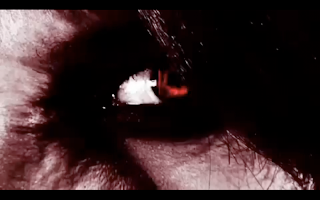 ish and maintain niche fan bases. Being active in the artistic community will be essential. Getting out there and meeting your viewers face-to-face will be pivotal. Suddenly it’s become a people’s medium, it’s become organic; it’s become all about the art. A community relying less on technology? O' the irony!

Steven is currently developing and promoting his newest project, The Mister Serial Killer Web Series. The first webisode can be seen at www.enityfilms.com/misterserialkiller

Posted by IndependentScene.com at 6:02 PM