We first interviewed Michael Close for Cycle 1 of Independent Scene (check it out on www.independentscene.com). He impressed all of us with the simple and elegant way he spoke about his art. Independent Scene spoke to Michael again in April about making visual arts a career and this is what he had to say:

On his beginnings I think was interested in art since I was a kid because it gave me a sense of freedom and worth…it gave me a way of feeling better about myself and opened up a world of possibilities I don’t think I would have had if I have gone the route my other friends did in the Regent Park area. It took a little bit of encouraging later on in high school where I had a very sympathetic art teacher who encouraged me to continue in art and that’s all I needed. I decided to try out for OCAD and my first [solo] show was at OCAD at Gallery 76.
On getting his art seen
One tries to arrange an exhibition somewhere and there’s many ways of doing it…for example if you want to have a show [that is] fairly easy to arrange, try a public library, they often have space there. You do that show, then you go somewhere else and you present at the gallery with the list of shows that you had and other things they might also find interesting.
On travel
I think young people should do it because they are at that age. All these experiences help to make the artist and to make the artist interesting to other people. Take a little bit of money - I would even say don’t even bother showing in Toronto because the galleries charge you. So take that money and travel. Take a portfolio with you - you never know! You may end up getting a show somewhere that you wouldn’t have expected. That’s what happened to me. 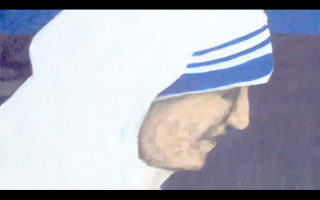 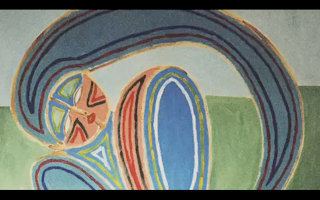 Words of wisdom
There’s a Latin phrase that translates to ART IS THE TOTAL MAN (nowadays we would say PERSON) so I think that it’s important to stay open to always try to learn…I think it’s important to develop a self-discipline and to stay focused and try not to get discouraged.

Next up for Michael are plans to travel and show his works in the United States as well as across Europe on his way to the Mother Teresa Memorial House in Skopje, Macedonia which opened earlier this year and contains his series based on her life. You can find more of Michael’s art and info on his exhibits on his Facebook fan page and at www.kiplinggallery.com
Posted by IndependentScene.com at 4:27 PM