Jeff Beadle and Matt Rocca of These Three Cities first appeared on Cycle 1 of Independent Scene (check out their interview on www.independentscene.com). We were totally impressed by how cool, intelligent and talented they were. Now they are taking their act on the road for a West-Coast tour and Jeff Beadle sat down for a phone interview to talk about what indie musicians should know about booking a tour. 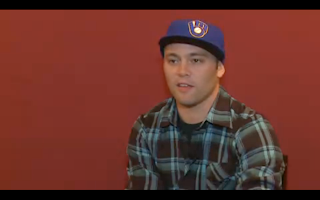 How have things been since your interview?
Things have been progressing pretty well I would say; we’re recording a new EP- I think there’s going to be 7 songs on it. We’ve also been working on booking our West coast tour and we’ve played a ton around Ontario so we’re doing pretty well.

How does an independent band go about booking a tour?
I’m going to start off by saying we do it all ourselves, we don’t have a booking agent or anything like that. The first thing I did was pick a date when everybody was safe to leave, which was June 25 for us. Then I started on that basis and I started [booking] about 3 months prior to when the tour would start. I find people usually are booking [for] 2 months after the date that you would contact them. So, we picked a date; then with that I planned it all out on a map and a calendar on dates that would make sense for us. Then I would look up venues in the city by using Google or checking out other bands that are at the same point in their career as we are and see where they’ve been touring and see where they’ve been stopping. This way you’re not wasting your time trying to book a venue that’s too big for you that you can’t fill and that’s kind of how we started it off.

How do you get ready to go on tour?
Around here we played a lot of gigs ‘cause obviously we don’t like to take money out of our own pockets too often, so we made a bunch of money - we actually sold our old van and purchased a newer van from the gigs that we’ve been playing and we’re actually going to purchase a trailer as well before we go out. As for preparation, we’re still kind of in the preparation phases. We have places to stay and we’ve tried to negotiate with some of the places that we’re playing out West to give us accommodations as well, but if not bringing tents and stuff like that as well [laughs] the weather’s going to be pretty nice. There’s so much to it, you know? But I think we’re a fly by the seat of your pants kind of band, so we’ll see how it goes.

Any tips for bands going on the road?
Make sure you have a van that’s going to take you across the country because it’s a lot of driving! Make sure that you have more than one driver; all of the guys in our band have their licenses. So if we have any big 15-hour dri 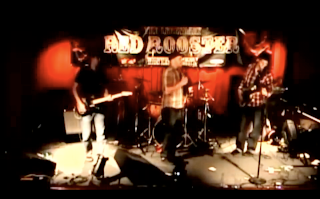 ves or anything like that you can make it to the next gig, you don’t have to stop driving. [For example] in between Banff and Victoria we only have a day to get there and it’s 25 hours so it’s about 5 hours of driving for three guys or however you want to split it up.

These Three Cities embark on their West Coast tour starting June 25th in Winnipeg at The Academy with Enjoy Your Pumas. Check out their MySpace page at www.myspace.com/thesethreecities for more tour dates and music.
Posted by IndependentScene.com at 9:10 PM